There was the following legend among villagers of the Edo era. Errands(fox) of Inari of Kanto eight countries gather in this village and, at night of the last day of the month of December, change attire here and pray at the Ouji Inari Shinto shrine every year. It is said that the then farmer told the rich or poor harvest of the crops of the next year by the number of a will-o'-the-wisp burning at the time of the line. Villagers worshiped Enoki whom there was in the place where a messenger of Inari Shrine changed attire, and attire Inari Shinto shrine was built.
The festival of the line of the fox becomes the event now on the day of the last day of the year. 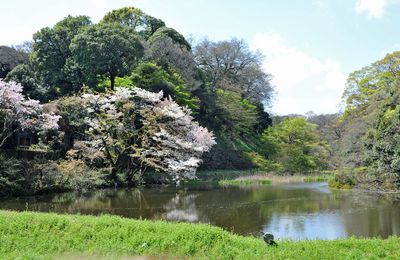 Spring of the Imperial Palace4 Spring of the Imperial Palace3
comments

We can say that thinking and using your mind is also call education because when we get an education and is the part of the educational system we are ready to think about the surroundings and incidents that happen in the society and all over the world and make decisions for yourself.